Texans know a good steak when we find it, and last weekend I found more than one at the 8th Annual Texas Steak Cookoff in Hico. Don’t let the event’s name fool you, though. All the major food groups were represented: chicken, pork, crawfish, duck, dove, all manner of roughage and, of course, steak.

Cookoff organizers say the event grew slowly at first with only 20–30 teams entering, but after the Food Network made a trip to get a taste of Texas, the event exploded. This year, more than 90 teams competed for $2,500 and bragging rights to the “best steak in Texas.”

Those 90-plus teams were whittled down to the top 10 in three rounds of competition. In the final round, competitors battled it out on the grill for the title. Click here for a list of this year’s winners.

Every team I talked with wanted the top prize, but they all agreed–it really came down to the food and the fun.

This year’s competition had a true Lone Star twist. All the steaks were provided by Nolan Ryan’s All-Natural Beef.  What’s more Texan than that?

Here are a few shots of the meat lovers’ paradise. 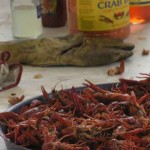 Crawfish from down in South Texas… 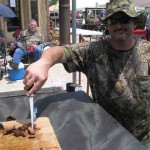 Teams came from all over the Lone Star State, ready to win. 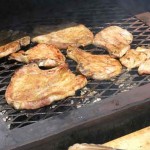 But these Texans didn’t just feast on steak. They also grilled up some pork… 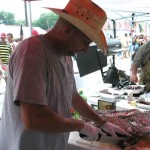 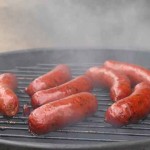 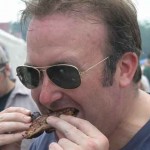 And even quail, just to mix it up.

Thanks to all of the fine Texans who welcomed (and fed) me last weekend. I had such a good time that it inspired us at Table Top to dig into the best techniques for grilling steak. Watch for our video series–with our good friends at the Texas Beef Council–in the next few days. Who knows? Maybe we’ll learn some new tricks and head to Hico for the 2012 Texas Steak Cookoff!